I have seen Prometheus and this is what I think

You breast fed an Ewok doll. We are not the same :lol:

Many of the truths we cling to depends greatly on our point of view.
J

:? ...pretty sure an Ewok would think that was weird even.

Many of the furballs we cling to depend greatly on our point of view.

Based on the reviews in this thread I think I will give it a miss lol, it sounded like a really good prospect for the Alien series but I haven't actually read or heard one good review of this yet.. :?
J

Wait till there is a directors cut. It's like reading one of Princess's posts, otherwise. All over the place.

Its worth a watch. 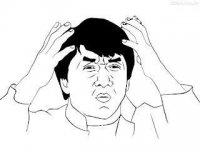 I really liked it there hasn't been a decent moody space scifi in years , moon and event horizon come to mind. i think had the ship fell and killed the female professor and the film were to end there it would of been fantastic, but the bit at the end where they take off in the ship and we see an alien chestated as we know is revealed ruined it, all to hollywoody! i bet thats how fox studio wanted it, had ridley scott had his way i think the ending would of been better
You must log in or register to reply here.

Moved house....what have I missed?

twice i have had this now