Here you can browse the popular 'toy of the week' threads which focus on particular characters or vehicles.
Post Reply
42 posts

A fine example. Thanks for sharing

Is it just the photo, or are your Squid Head's eyes unusually dark?

Think it's the camera, just been to check and they are the correct colour

Snaketibe wrote:I'm sure there are genuine Squid Head cape colour variations out there, but you are spot on Jay with regards to colour degradation. Much like the Ugnaught's blue smock, some (but only some!) of which contain dye which degrades / discolours to give us the purple smocked 'variant', with Squid Head some capes unquestionably also change colour. I have one example which is mid-change and you can tell this because it is doing so unevenly (perhaps the dye used in the cloth was itself unevenly distributed?). It's the second one from the right below in the pictures of all 6 figures, or the middle figure in the close-up final pic. As you can see, unsurprisingly it's far easier to see the change on the back of the figures

Anyway, here are mine. Sadly I have no impressive Lili Ledy variant, however I do have a nice selection of different colours / shades in the figures I have got.

Another Amazing collection from you, thanks for sharing it

I bought this off Edd many years ago on the forum, apparently it’s quite a rare combination and I know of one other.

Wow andy that moc is a beauty, thanks for sharing it

Mini99 wrote:I can only offer a loose one, no MOC as I don’t collect ROTJ.
This is a great under appreciated figure in my books.

thanks mate for sharing that figure it looks great 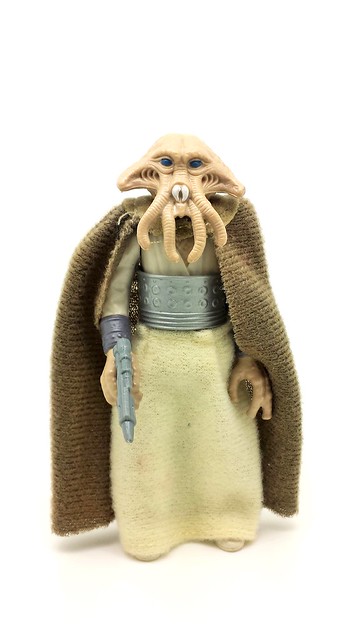 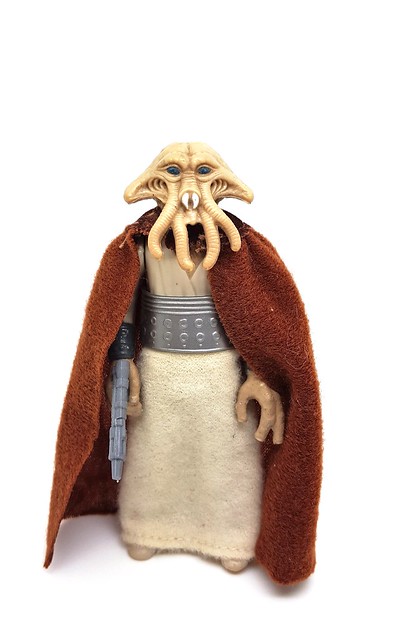 a lili ledy and a kenner, I love the lili ledy cape

thanks for sharing him

thanks mate for sharing them, a lovely army of cardbacks and a few loose figures. I guess you are still looking for a complete squid head ?

Here are my Squid collection

and my squid figures

Lots of appreciation for Squid head on this toy of the week, lots of very nice examples

Ruby2511 wrote:Lots of appreciation for Squid head on this toy of the week, lots of very nice examples

thanks mate for kind words

Thanks mate for the lovely words as always. I had an idea about there was a few more squids in some bags from some lots that I bought last year that I have not had time to look at yet. I found 6 more squids in the bags so I will check if there is some new variants for my collection between them, I checked them last night for a lili ledy, but there was no lili ledy between them, but maybe some other variants

Nice collection Lars, Apack... here’s mine as promised. Just a Smile factory variant. I’m going to try and pick up a Kader and MIM... and maybe a degraded cape variant... Ledy is out of my price range