Ugh. And I thought they smelled bad on the outside.

I just picked up the final piece in the Kenner variants puzzle for Han Hoth and like Lando Calrissian before this, I thought I’d put up some info on the Kenner loose run. 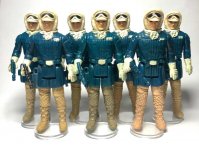 Here are the available Kenner variants if you’re interested in variant collecting.

Family I - Uni Toys
Uni Toys produced the 2 line coo with large copyright and gap between Hong Kong. This figure is easily identified by the elongated thumb on the right hand. It came paired with a blue M2 (VV) / v3 (TIG) or M3 (VV) / v2 (TIG) Rebel blaster.

Uni Toys were also responsible for the dark tan pants variant of this figure. This is the one figure I haven’t been able to find on a card back so can’t say if it is an early production error quickly corrected or a specific card back, baggie or something else. I have been told it can be found in the two packs. I’m sure someone can pitch in here.

The moulds then travelled to Kader where they were scarred to produce the no coo version of this figure. This figure can be found on Kenner Kader Made in China cards from 65B onwards, Palitoy cards from 65c onwards and the Made in China baggies. The interesting thing about this figure is that it is paired with a Kader blue / black blaster rather than the typical blue blaster for this figure. All examples I have seen and can identify are M4b / M4d (VV) which is v5 off of TIG. 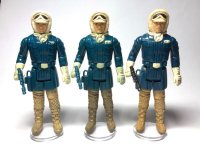 Family II (Smile)
Smile produced the 2 line coo version of this figure with small copyright symbol and no gap between Hong Kong. It comes with a blue M1 (VV) / v1 (TIG) Rebel Blaster.

Unlike Uni Toys there are no easily distinguishable features but look to the neck detail, belt shape and buttons on breast pocket to help identify the various Han Hoth variations. 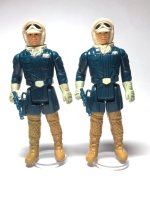 Family III - Kader
Kader produced the 5 line coo with date on right leg and Made in Hong Kong on left leg. It comes paired with a blue M4 (VV) / v4 and v5 (TIG) Rebel blaster. Kader were responsible for the ultra cool and highly sought after moulded legs version which only appeared on the offerless ESB-31a card backs before the figure was replaced with the painted legs version.

The moulds then travelled to Spain where they scarred the coos roughly to create the PBP variants of these figures. 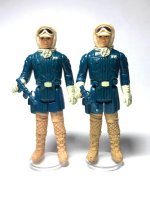 Other figures of note
There is a Poch 2 line and 5 line coo version of the figure of which the so called chocolate legs variant is my personal favourite. Then there are the PBP figures which can be found with a standard blue torso and the so called purple torso variant. These can be found with various paint colours on the face (Cream, cream with pink, white with pink and pure pink). Others more qualified than me can provide more accurate information on the Spanish variants. 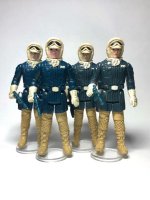 Great little focus thanks for posting.

Awesome focus. Love Han Hoth- I remember getting my 30-back for Christmas back in '80. One of my favourite figures 8) Thanks for sharing!

Really interesting and good to see the group shot! I have a soft spot for Han Hoth as he was the first figure I got as a kid.

I only started getting into him last year in earnest. Before that I wasn’t that sure. Probably my favourite figure at the moment 8)

A great write-up Jay, so thanks for taking the time to do it.

Out of interest, you publish extremely meticulous information about which variants came from which factories, etc. Since it's highly doubtful the companies kept or published any useful records on such things, I'm curious to know how you manage to uncover such detailed information? Is it all based off carded examples which had the factory identifiers on them? Are there any other useful sources? Regardless, it's great work.

Hi Jeremy. Yes. It comes from studying the MOCs, figures and accessories in meticulous detail. A lot of the MOCs carry the factory code, where they don’t you learn to identify the punch tab. From there you can spot the differences on the figures and weapons and determine which mould is associated with each factory. Then look for patterns and eliminate weapons errors / miscards etc.

It helps being on FB with a lot of like minded guys interested in the same thing bouncing off each other and pushing the research forwards.

What a great run and congratulations on finishing the focus off, I can see it's no easy task given all the information you had to research.

Like Cazza I remember getting this figure back in the 80's when it was first released and I was on holiday. The day we left for holiday my Boba Fett Mailer came and when we got to the holiday destination (can't remember where that was but somewhere within 2 hours drive from Bristol), I was taken out to the Radio One roadshow with my family and just before we went there we looked in a toy shop which is where I saw the ESB figures for the first time (they hadn't shown up yet in Bristol). Han Hoth was the one I chose that day and I have great memories of playing with him and Boba Fett together (just wish I'd kept the white mailer and baggie for Boba now though).

Such a great character to focus on and thanks for all of the information.

Great story Ian. I only have a couple of Star Wars childhood memories but they are there to be cherished

I love it all thanks for sharing it, it could be cool if you also would share pictures of the coo on each figure, for us coo collectors

Sure Lars. I’ll try and get round to this, sometime this week. Though I collect only one version of each family iteration and not all the minor multiples

TheJabbaWookie said:
Sure Lars. I’ll try and get round to this, sometime this week. Though I collect only one version of each family iteration and not all the minor multiples
Click to expand... 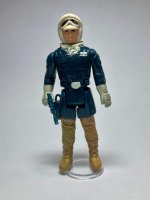 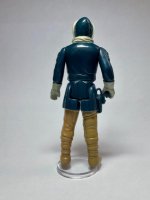 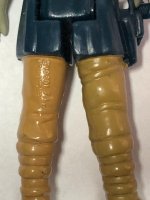 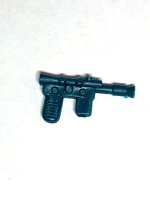 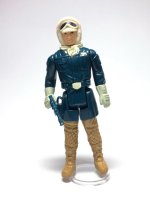 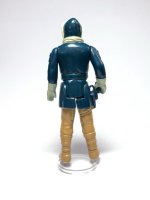 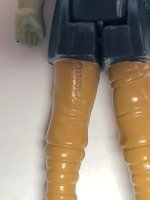 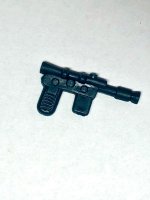 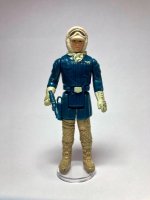 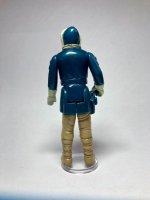 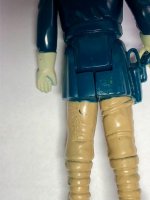 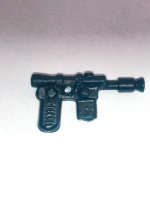 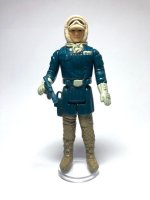 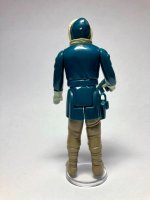 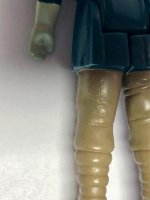 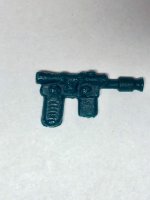 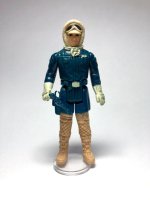 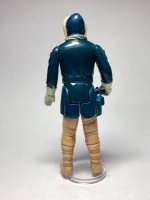 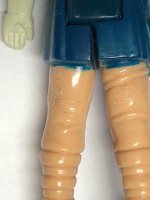 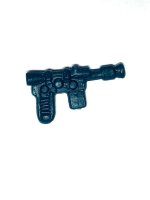 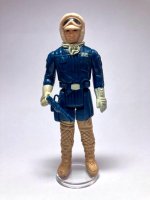 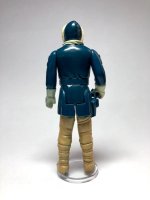 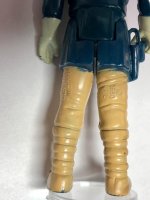 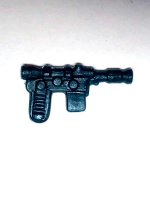 Family II - Kader
No Coo
This mould started life out as Uni Toys but travelled to Kader to make the No Coo version of this figure found on Made in China cards and baggies. Note the Kader blue / black blaster

Great post with the pictures and I'm surprised how dark the Family II - Kader blaster is, it looks almost black.

Ian
You must log in or register to reply here.