This Han figure, it looks extremely tidy indeed sir!
What do you think you will achieve financially my good man?
Yours L'il Wokling.
R

Dunno...... I've been away from the starwars toy market for some time.... I used to sell quite a lot of loose figures on auction universe and free serve auctions ( some of the slightly older members of this community may remember the days of internet selling pre- eBay, it was all in the description those days, no photos). I was able to build up a nice collection buying from friends and at boot sales, but I lost interest with the release of the prequels. So my pricing may be a little out of date... In my day loose but good yaks were 50-60 quid and most loose but good figs with weapons could be bought for between 3 and 8 quid. I do have a few thing that I kept up in the loft, all my loose play worn figs are now in the hands of my 5 year old little boy..... But there are A few boxed ships and play sets yet to come down from the loft and the little die cast ships, a few carded and my boxed imperial shuttle......
L

Why thankyou Sir, you are a scholar and a gentleman.
You seem a trustworthy fellow and so I have a question for you.
This Imperial shuttle you speak of, Is it A. available for purchase, and B.
Is it boxed?
Also I have a loose Paploo, is it of any worth and what should I do with him?

Yours,
Cornelius Moons
aka L'il Wokling.

L'il Wokling said:
This Imperial shuttle you speak of, Is it A. available for purchase, and B.
Is it boxed?
Click to expand...

Rabidrancor said:
and my boxed imperial shuttle......
Click to expand... 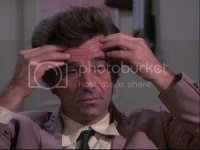 Moon
The answer to B is yes (see original posting)
And the answer to A is not at the moment....
But thanks for asking......
Paploo ehh, never was a fan.... May I suggest that you pop the little fella onto eBay or offer him to the good folk upon this esteemed website...
Until the next time cornelius.......
L

Ah Sir! It appears that my monocle slipped off!
You say you have a figure of the Bounty hunter Hans Solo, but I
am afraid I am ignorant to what excactly unpunched means!
Could you enlighten me my good chap?
By the way is your loft crammed with a veritable behemoth sized treasure
trove of Kenner and Palitoy's finest plastic bounty?
Or are you just leading us up the garden path?!! Ha Sir!
Also my Paploo is not for sale.
Yours,
Cornelius.

L'il Wokling said:
You say you have a figure of the Bounty hunter Hans Solo, but I
am afraid I am ignorant to what excactly unpunched means!
Click to expand...

Bet interesting to check the IP addresses of our new member(s) :lol:

No way! Loads of lunatics post on SWFUK, it's just coincidence two ended up in the same thread :lol: :lol:

Ahoy-hoy my good fellow Star Wars companions,
If I could quote the great Bard himself,
I feel he sums up the true meaning of what it means to adore
and revel in the adventures of Luke
Skywalker..

Now, my co-mates and brothers in exile,
Hath not old custom made this life more sweet
Than that of painted pomp? Are not these woods
More free from peril than the envious court?
Here feel we but the penalty of Adam,
The seasons’ difference, as the icy fang
And churlish chiding of the winter’s wind,
Which, when it bites and blows upon my body,
Even till I shrink with cold, I smile and say
‘This is no flattery: these are counsellors
That feelingly persuade me what I am.’
Sweet are the uses of adversity,
Which, like the toad, ugly and venomous,
Wears yet a precious jewel in his head;
And this our life exempt from public haunt
Finds tongues in trees, books in the running brooks,
Sermons in stones and good in every thing.
I would not change it.

Happy is your grace,
That can translate the stubbornness of fortune
Into so quiet and so sweet a style.

Come, shall we go and kill us venison?
And yet it irks me the poor dappled fools,
Being native burghers of this desert city,
Should in their own confines with forked heads
Have their round haunches gored.

Indeed, my lord,
The melancholy Jaques grieves at that,
And, in that kind, swears you do more usurp
Than doth your brother that hath banish’d you.
To-day my Lord of Amiens and myself
Did steal behind him as he lay along
Under an oak whose antique root peeps out
Upon the brook that brawls along this wood:
To the which place a poor sequester’d stag,
That from the hunter’s aim had ta’en a hurt,
Did come to languish, and indeed, my lord,
The wretched animal heaved forth such groans
That their discharge did stretch his leathern coat
Almost to bursting, and the big round tears
Coursed one another down his innocent nose
In piteous chase; and thus the hairy fool
Much marked of the melancholy Jaques,
Stood on the extremest verge of the swift brook,
Augmenting it with tears.

But what said Jaques?
Did he not moralize this spectacle?

O, yes, into a thousand similes.
First, for his weeping into the needless stream;
‘Poor deer,’ quoth he, ‘thou makest a testament
As worldlings do, giving thy sum of more
To that which had too much:’ then, being there alone,
Left and abandon’d of his velvet friends,
”Tis right:’ quoth he; ‘thus misery doth part
The flux of company:’ anon a careless herd,
Full of the pasture, jumps along by him
And never stays to greet him; ‘Ay’ quoth Jaques,
‘Sweep on, you fat and greasy citizens;
‘Tis just the fashion: wherefore do you look
Upon that poor and broken bankrupt there?’
Thus most invectively he pierceth through
The body of the country, city, court,
Yea, and of this our life, swearing that we
Are mere usurpers, tyrants and what’s worse,
To fright the animals and to kill them up
In their assign’d and native dwelling-place.

And did you leave him in this contemplation?

We did, my lord, weeping and commenting
Upon the sobbing deer.

Show me the place:
I love to cope him in these sullen fits,
For then he’s full of matter.
I’ll bring you to him straight.

Ahhhhh, indeed Sir, indeed.
I must go now my good men,
It is time for old Cornelius Moons to depart for ever....
I've seen things you people wouldn't believe. Attack ships on fire off the shoulder of Orion. I watched C-beams glitter in the dark near the Tannhäuser Gate. All those moments will be lost in time, like tears...in...rain. Time for Cornelius Moons to die.
Toodle-pip.
p.s. I also have a blue Snaggle-tooth if anyone wants it. (£2.49)
R

Where's Mike Sith when you need him?
S

What is happening here :shock: I thought this was a Star Wars forum

It seems a pretty strong dose what ever was consumed.
R