Warn members about negative experiences with sellers on this forum or other places such as eBay or Facebook. Please read the rules before posting.
Post Reply
509 posts

Add this guy to your lists - wanted to pay by cheque, then ran out of cheques and now suggests we cancel the transaction - just a timewaster

bank_lt3qoyw
"I'll probably be broke and homeless but I'll have a hell of a collection!"

And for vintage goodness - http://stores.ebay.co.uk/iainitfc/_i.html?_sop=3&rt=nc
Top

Very plausible, it's not like banks send you out a new cheque book as soon as they clear the 5th last (give or take) cheque in the previous book.

On that note, who actually pays for ebay stuff by cheque anyway?
"You came in that thing? You're braver than I thought!"
Top

weasel wrote:Very plausible, it's not like banks send you out a new cheque book as soon as they clear the 5th last (give or take) cheque in the previous book.

On that note, who actually pays for ebay stuff by cheque anyway?

Never heard of someone wanting to pay by cheque either

. Although had a fair amount willing to pay via Postal Order
"Ill probably be broke and homeless but I'll have a hell of a collection!"
Top

Had some guy in France win one of my auctions recently and wanted to pay by Check. I asked him if he was out of his fucking mind.
Top

loose figure and weapon bought seller unaware if item was repro or not after i won item, seller second chanced iain before i had chance to pay and admitted it was a repro to iain.

ashcombecars is an ebay cock
my feedback http://www.starwarsforum.co.uk/viewtopi ... 22&t=11665
Top

Send him a message to ask wether he wll combine postage - "oh yeah no probs". For three lots of 20 coins he is charging £19

I win the auctions for a very decent price. Its obvious the frankly redicolous postage has put bidders off. For the next 10 days I dont hear a peep despite my numerous messages. After I threaten him with negs he says he cant send me an invoice? He needs my email. I think ok whatever send him my email - nothing! Total tosser and a waste of time
"Ill probably be broke and homeless but I'll have a hell of a collection!"
Top 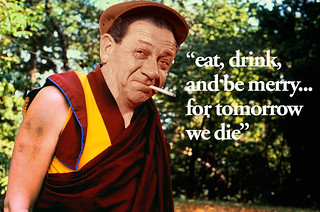 One of the items I bought from him was a Max rebo band microphone, who the FUCK would mail such an item in a envelope ? They can easily break and I have seen a few of them break before. I also bought another item from him and if he have mailed them in a box it would only have costed him £1 more.

In the Feedback I wrote Great seller, but packing could be better and it was positive.

I got an angry mail back from him, here is a copy

So, there was nothing wrong with the items but you just thought you would leave negative comments because of something that may have happened? Any normal human being would just have noted it in a message or even requested beforehand that the items be sent in a box. Do not bother bidding on any of my items again.

I wrote back to him

I would like to ask for an apology from you regarding your last message or I will report you to eBay.

So guys what would you have done ? Is it normal just to drop a microphone down in a envelope without any kind of protection around the microphone ? or is it just me who is to careful when I mail stuff to others ?

Sounds like I am not welcome to bid on his auctions again, not that I wanted to bid on his items after the warnings from you guys. But something inside me can't wait to see what will happen if I bid and win again

I also can't wait to see what Ebay would do about it, because I don't think it is correct of him just to say I may not bid on his stuff just because I told others in his feedback that he did not pack the stuff correct

You were spot on buddy

chazb73 wrote:Sorry to hear this Lars - he sounds like a bit of a prick

You were spot on buddy

Thanks andy for the support

Thanks for the heads up Lars

"Ill probably be broke and homeless but I'll have a hell of a collection!"
Top

that guy would of said it was broken if you sent it to him that way, he tried to con me saying I forgot to post a blaster with a lovely stormie he bought off me, luckily the wife photographed me packing it and the jiffy bag. Sounds extreme but when I saw his name I knew he would pull a stunt. And with his wife and kids I suspect anyone with his surname now, no offence to any other Hamiltons but that name is tainted when it comes to star wars.
Top

Thanks Justin for the update about him

Return to “Sellers to Avoid”